I’m not sure what this picture says. If it says anything at all. It’s one of my drive by pictures. In fact, it’s a drive up to picture. I guess I like the composition and the color. It did take a bit of work in post production to get it anywhere near close to what I saw in my mind’s eye.

Ah yes. One night in The French Quarter.One night on Bourbon Street. Bourbon Street. The street where music never stops. The girls always beckon. If you pay for them. The place where beer and alcohol flows like water. It smells like it. The place where a lot of people show their true selves. It is probably my least favorite street in The Quarter. But, I go there. Sometimes. Looking for pictures. Like this one. Not much to it. See the picture. Point the camera. Press the button. Shoot. 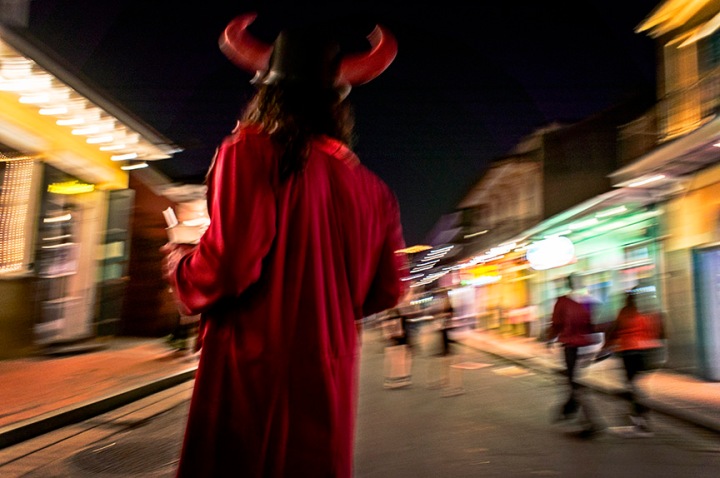 Yesterday, I wrote a little about Freret Street and its relationship to Central City. I thought I’d give you all a quick look at the street and some of the things that you can see there. It’s an overview and I’m sure I’ve missed something that somebody might think is important, but these kinds of shoots are always a work in progress.

A lot of people who talk about the redevelopment of Central City point to the Freret Street corridor as a good model. One that the developers of Oretha Castle Haley Boulevard should follow. I’m not sure about that A dozen or so semi-upscale restaurants does not a community make. But, as a walk up to the Central City work, I had a look at Freret Street. Well. Mostly I go there to eat. Yes. There are some good restaurants and some over rated ones. But, I suppose that’s in the eye of the beholder. Anyway… here’s my idea of a busy restaurant. This is a server at Dat Dog. Yes. Hot dogs and sausages. They start at about $8. That’s a lot of money, huh? It’s a lot of money for different sausages that are grilled on the same grill, and therefore, all taste about the same. Andouille? Kielbasa? Tastes about the same.

I’m not a foodie. I’m a photographer. A storyteller. So I won’t say anything further about the food. Here’s the picture. I shot it at a very slow shutter speed to capture the energy in the place. Funny story. The server looked it at on the camera. She said something to the effect of too bad it’s out of focus. It’s classic me. Oh well. She’s not a photographer…

First. In the interest of transparency, that title is an old song title, written by Hazel Dickens and popularized by the late Jerry Garcia. That’s a digression. I’m trying to think…

I’ve been working on a project in the Central City of New Orleans. It’s taking a lot of my free time. At one point I traveled many miles to get back for an event that is somewhat important to the collection of pictures. Every now and then I find a picture that sort of fits in the group of pictures, but can stand alone as a sort of kind of art. This is one of those pictures. The funny thing about this one is that I did a lot of post production using Snapseed. But, it came out looking about the same as it did when I started. I guess my first instinct was the best one. I should know that by now. That’s usually what happens.

So the title? And how does it tie to the picture? Central City is old and, sort of, in the way. It’s crime ridden. Only one in seven structures is habitable. Parts of it flooded during Hurricane Katrina and those areas still haven’t been rebuilt.  But, after that storm many people learned two things. It is the only affordable land left in the city that is not below sea level. How affordable? You can probably buy a run down house for around US$20,000-40,000. By contrast, that same house in the Uptown area near the park would cost you about US$250,000. It would still cost about the same amount of money to restore it, but buying in is so much less expensive.

On the other hand, you can walk to The Superdome in about ten minutes. That puts you within minutes of the business district. So. The movers and shakers and the powers that be — you know, “them” — are making a big push to redevelop Oretha Castle Haley Boulevard. They think that if they put money into what was a business and one time shopping district in the area, the money will trickle down to the people who actually have lived there for most of their lives. But, we all know how that works, eh?

Sometimes you get the right light and weather conditions. Sometimes, you don’t. I think I got those two right. I’m not so sure the subject holds up. On the other hand, French Quarter roofs are pretty interesting. So. Here it is. 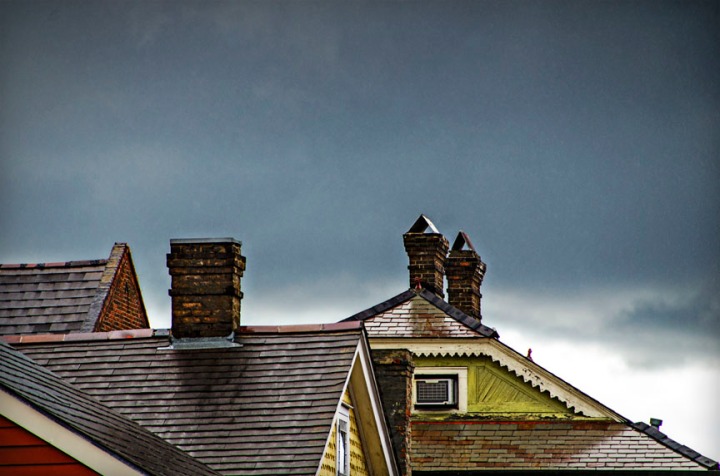 There were plenty of people who turned out for Lionel Batiste’s last second line parade. It seems to me that even though many groups of people make music in New Orleans, they sort of keep their distance from each other. Normally. Uncle Lionel brought all groups together. The is a Mardi Gras Indian. I cannot imagine what it felt like to walk completely masked in yesterday’s heat.

I was in a local grocery story when this guy comes in with a beat up old guitar and starts playing Beatles songs. He was actually pretty good. Nobody made a move to stop him, not even store management. I thought that was great. Let him play. Oh. This is an i-Phone picture. They say the best camera is the one that you have with you. This picture might prove that point.

New York City. What does it mean to you? And, you? And, you? Different things probably. To me, it’s a city that never sleeps. It’s a city of amazingly high energy. It’s sparkles and it shimmers. Don’t misunderstand me. I love other cities as well. But, for different reasons. I love Hong Kong. Oh, boy. Do I love being in Hong Kong. I love Shanghai. I love Paris. I  love San Francisco and it may seem odd, but I even like Los Angeles. And, of course, I love the city in which I live — New Orleans. But, New York… Whew.

So. This picture. It’s elderly. It’s a signature picture. It was made on film. It was made from the observation deck of The Empire State Building and shows a glimmering Chrysler Building surrounded by a shimmering city. For me, that says New York. It’s a happy picture. We could all use a little dose of happy about now. Don’t you think? 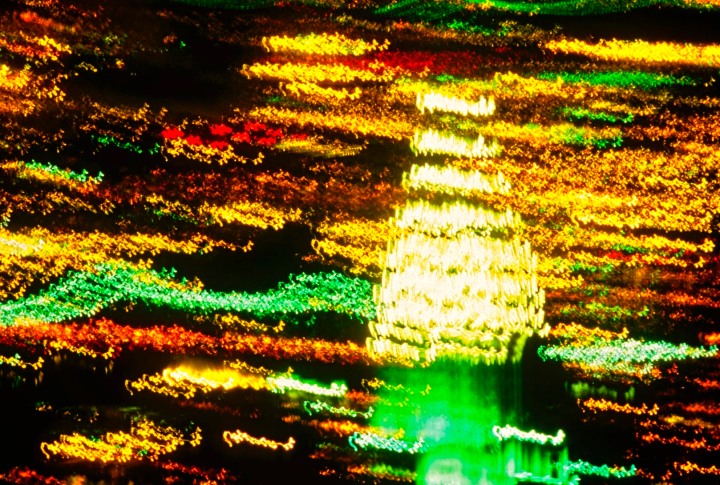