We took a walk. On Freret Street.

So. I made a little photo essay.  Then, we ate.

Freret Street. I’ve written about it in the past. The short story is this. It was once a crime ridden, blue-collar, seedy street. It is located very near Loyola and Tulane Universities. Freshman orientation used to include a section about avoiding and preventing crime. High on the list was staying away from Freret Street.

Then the storm came.

It changed everything. The bad guys who used to hang out in the neighborhood were gone. A few years into recovery somebody got a great idea and opened a restaurant on the street. You know what they say? “Build it and they will come.” Well, they did. Not only did people come to eat. But, the street developed into a restaurant row. Even the city council did their thing and cleared the usual bureaucratic paper chases. Today, the street is vibrant. I’m pretty sure it’s in its second or third phases of redevelopment. With that, unfortunately, comes neighborhood gentrification. Many residents have been forced out. Houses that once cost $10,000 rose to $75,000 and now $400,000. That’s another story for another day. 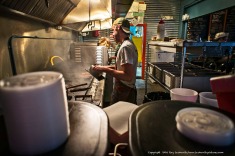 This story is about pictures.

And, it’s about curating and storytelling…  at least to the point of creating a little essay.

First and foremost, I’m a visual person. During my 4o plus year career, my job has been pictures. Making them. Curating them. Editing them. Designing with them. And, producing projects with ink on paper. Newspaper pages. Brochures. Advertising design. Books.

I’m old school. I’m proud of that. The rules and conventions we learned back then haven’t changed. Only three things have changed.  Technology. Media. People.

Technology and media have made it easier for everybody to take pictures. That’s a good thing. It’s also created a flood of pictures that are posted everywhere about everything. Some of those pictures are wonderful. They are great. They are inspiring. That’s maybe less than 10%.

Some of those pictures make me wonder what people were thinking when they took them. They are simply distasteful. Some pictures are technically terrible. And, sometimes the photographer seems to think if he or she posts everything they took, there might be a good picture hiding in there. Somewhere.

What does that tell you?

I clicked on some true click bait. You know. Sponsored content attached to a legitimate story. This one was called “Selfie Fails.” In order for these failed pictures to be found, somebody had to have posted them somewhere. What were they thinking? My old professor, the legendary Chuck Scott, used to answer that by saying, “That’s the problem. They weren’t thinking.” If your picture doesn’t excite you, why do you expect to excite me?

Believe it or not, I read a lot of your posts. I learn from them. I really do. I enjoy that. But, so many of you seem to think that more is more. In many cases, more is just too much. The posts are bloated. The text is hard to read. And the pictures? Well, posting  four, five or six versions of the same scene with little variation just means you can’t decide which picture you think is the best one to tell the story. Perhaps, you think the reader can. Trust me. We can’t. And, we just get bored. 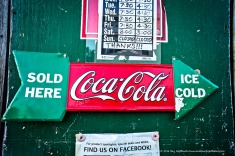 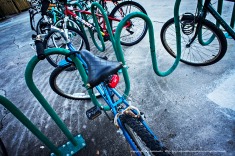 Here’s some advice. Do with it what you will. I learned this stuff from photographers, teachers, professors, editors and designers. They were all accomplished. They were all very experienced. They lived the life.

Understand that it takes some time to work a scene and find “the” picture. You might shoot 50 frames to get there. Publish that one. Not the other 49. Here’s an example. In the old days, National Geographic Society photographers should between 300 and 500 rolls of 36 exposure film on assignment. They explored different exposures, different crops, different approaches to the same scene. Using 300 rolls of film multiplied by 36 exposures, you arrive 10,800 pictures for a story assignment. Did you ever see 10,800 pictures in any NGS magazine? No. They were curated at several levels. Eventually, they were culled down to about 60 images from which the ten to 2o images that appeared in a magazine story were selected. Think about it.

Organization of groups of pictures is important. There are only a few kinds of traditional picture stories. One is process. That shows how a thing is done. One is more cinematic. It has a beginning, a middle, and end. But, it also uses elements that establish the scene, show the action and add some detail. There are also, photo essays. These pictures today are an example of that. There’s no story, really. I’m just showing you what I saw on Freret Street. I did group them by similar scenes. People in one set. Details in another. Like that.

Mix things up. This is a design thing. A music thing too. It’s about pacing. It’s about surprising your audience, your reader, your viewer. Not every blog post needs to have a billion pictures and long text. So too, not every blog post needs to be short. But, we live in the digital age. The age of not enough to do in real life, and too much time on our hands. For some reason, that creates a sense of being too busy. We all feel rushed. Very few readers or viewers take the time to read something that is too long unless it really does interest them. But, we were able to binge on 475 episodes of Walking Dead on Netflix. In three days. Think about that.

Yeah. I’m taking a chance with this post. It’s too long. But, I know that going in.

Finally. Yeah. I’m about done. I know what you are thinking. Won’t he ever shut up?

When I coordinate big projects between multiple vendors, a saying pops up. “Don’t make your problem my problem.”

I realize a lot of bloggers start out because they have something they need to say out loud — to a bunch of strangers. That’s okay. Sometimes the people closest to us can’t understand. It could be about surviving a war. It could be about an illness, especially cancer. Or, alcohol and drug abuse recovery. It could be about some other life changing event, which is usually negative — like a divorce — rather than something positive — like a marriage. Please, let us grow with you. I cannot tell you how many blogs I stop reading because they never show the change or growth and are just plain depressing. On the other hand, I cannot tell how many people heal and never post again. Or, I think they healed. See what I’m saying? If your reason for blogging comes to an end, tell us. Say goodbye. Sometimes we become attached to you.

Words for the soul

With each passing moment, we die a little more.....