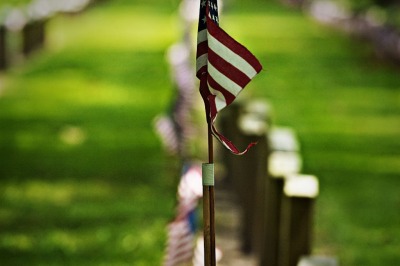 Need I write more? All the words that can be written, have been written.

Please remember one thing today. We have modified the meaning of today’s holiday to include all veterans. That’s a good thing.

But, today is really about the heros who never came home. They paid the ultimate price. Pray for them. Pray for their families. 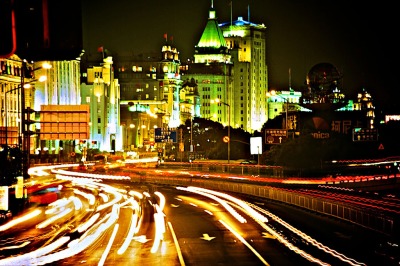 A few days ago I posted a picture of people practicing Tai Chi at the foot of The Bund facing Pudong.

This is also looking towards The Bund. In fact, in order to get to its foot, you have to cross this rather busy street. Not to worry. There’s a pedestrian tunnel. Actually, these days, the tunnel leads to a small Disneyland-like shuttle train that takes you directly across The Pearl River to Pudong.

At any rate, the older, art deco buildings in the center of the frame are located across from the foot of The Bund. They are mostly banks and hotels which fell intro disrepair after World War II and The Revolution. They have been restored to their Art Deco glory. 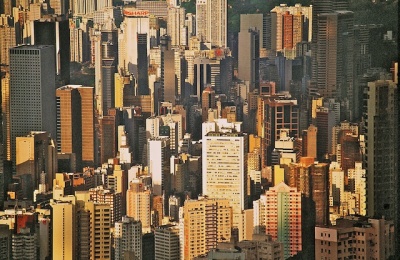 This image comes from my archives. I’ve been doing a lot of restructuring of my files so images like this keep turning up. I suppose they belong to my “lost” collection which was never really lost.

This image is of Central, in Hong Kong, looking toward Wan Chai and Admiralty. It was made from a mid-level roof top, near the Travelator. It seems to illustrate that Hong Kong is a big, powerful modern city. It is also more like a classic city than other cities in China which seeming have grown modern overnight. 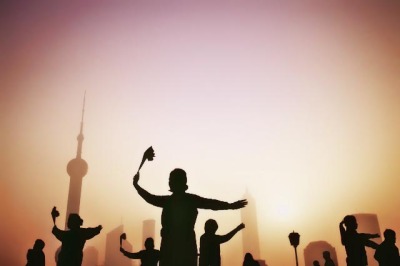 One from my archives. For a while it was a signature picture. It sold well and won a couple of travel photography awards. I think that I was among the earliest photographers to make this picture of people doing Tai Chi on the Bund across from Pudong, in Shanghai, China.  Now, many photographers have gotten up early and taken a similar picture.  If the truth be told, the only reason that I was up so early was that I was pretty jet lagged, couldn’t sleep and decided to go for a walk. I really wasn’t looking for anything in particular. I turned a corner and – bam – I saw this scene.  Serendipity. 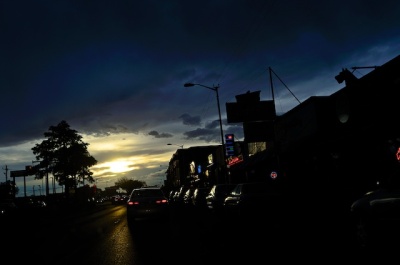 For me, it is a picture like this that gives me the sense of what it is like to travel in The Southwest. There’s a a certain mood that comes when you are passing through a place. Dusk. Looking for a hotel or motel. Hungry. Need to find a diner. Sort of lost but that doesn’t matter because you are on an adventure.

Of course, with the many moves I’ve made over the course I’ve my lifetime, it could be easily said that I’ve always been passing through every place. 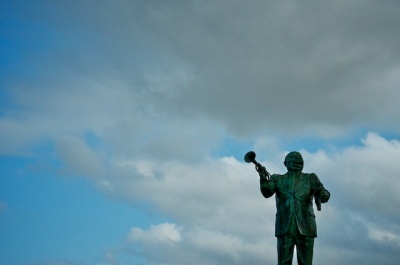 There is a very nice bronze statue of Louis Armstrong in New Orleans. That makes sense. But, most tourists can’t find it because it is located on the levee near the ferry at Point Algiers. That doesn’t make sense. Even though the ferry ride is free for pedestrians, is a very nice way to see the Mississippi River, the New Orleans skyline and takes you to the second oldest ward in the city, most tourists don’t know that it exists. 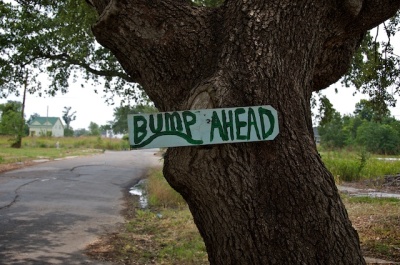 I spent a few hours in The Lower
Ninth Ward of New Orleans last
week. I thought that I would show
you a bit of what I saw.

Although there is a small cluster of
very modern, brightly painted and
raised houses in the area of Brad
Pitt’s “Make It Right” project and a
few newly rebuilt houses scattered
here and there throughout the Lower
Ninth, most of the land seems to be
stuck in some sort of very weird
suspended animation of a couple
of years ago. 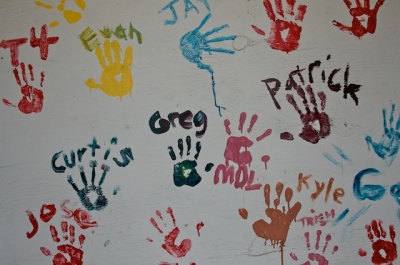 Bump Ahead seems to say it all…

There are still boats scattered about
as silent reminders of the 15 feet wall
of water the flooded the area
during the storm.

The new levee and the swath of land that is intended as a point of inspection for the levee.

No dumping… the sign seems to be rooted in hope rather then reality. 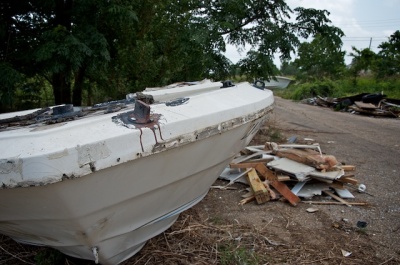 Steps, rusted pipe and a newly mowed bit of lawn. Almost six years later and still there is a glimmer of hope.

Hope. Even though most of the Lower
Ninth remains fallow, some families have returned, rebuilt and are starting
to live their lives again.

It is my opinion that most of this land
should remain as it is… returned to the
natural state before the truck farms
were turned into the little community
of the Lower Ninth Ward. 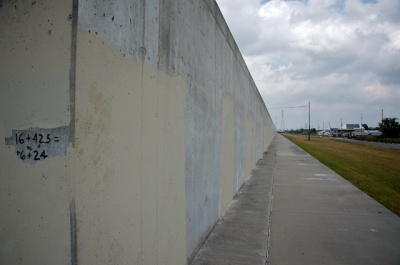 But, no matter what happens to this
place there is one thing to keep close in our hearts. People died here. Some
of them will never be found or identified.

This is sacred ground. 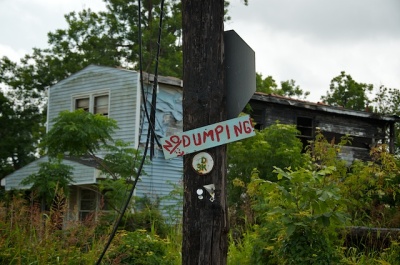 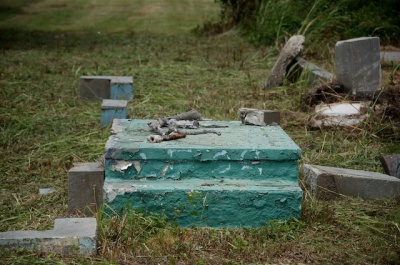 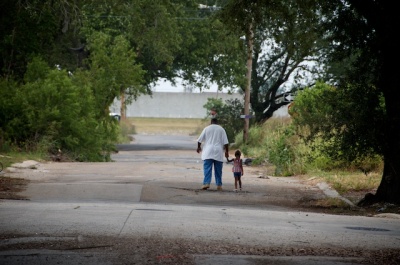 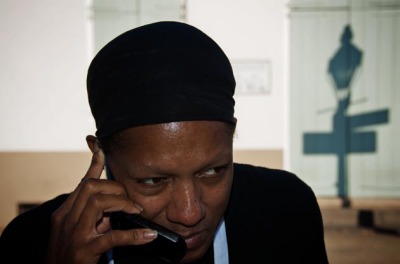 I was wandering around New Orleans’ French Quarter when I passed by Verdi Mart, a legendary store and take away restaurant. It burned a while back and I’m pretty sure that the neighborhood — meaning the entire Quarter — helped to rebuild it. It back and better then ever.

Most of the cooking staff was hanging outside the store taking what was probably a well deserved break from their cooking duties. I asked if I could photograph them, and they said “all you want.” So, I did.

About the time I started composing the picture, a man came out of his house and instructed me about where to stand so that I could also capture the shadow of the lampost and street signs. He said, that he’s photographed that lampost at all times of day. So, I listened to him.

Then the owner asked I could post a couple of pictures on the Verti Mart Facebook page. Of course I can. 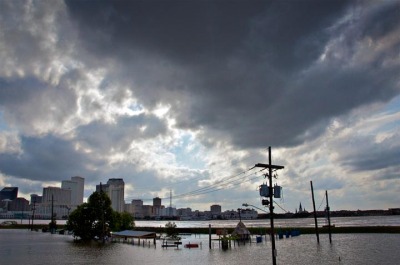 This is obviously a very new picture. It is the overflowing Mississippi River at New Orleans, Louisiana. The landmarks are these; to the left — those tall buildings — is the CBD of the city, to the right between the telephone poles — and tiny in size — is what looks like a church tower. It is. That is St. Louis Cathedral on Jackson Square in The French Quarter.

The picture was made from Algiers Point, on the Westbank of the the river. For the record, Algiers Point is the second oldest area of the city.

Now, for some full disclosure. I’m an old school photojournalist. I’m not looking to hype the flooding, at least not in the city. The river is very high. But, I’ve seen it higher during storms. More importantly, the flooded structures in the foreground are parts of a abandoned children’s amusement park the lies in the bowl between the first levee and the main levee. The bowl is there as a buffer when the river runs high.

Truth be told, people were walking along the top of the main levee with their go cups, their dogs and their children saying things like, “my paw-paw told me that the river got this high once so we better take some pictures.”