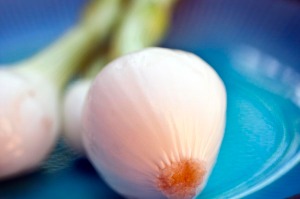 Photo – graphing seasonal fruit and veggies was one of my tasks this week. I enjoy photo – graphing fresh food because of the gracefulness of the subject. I mostly treat food as art.

Besides, I have no idea how to make pictures of food the way that true food photographers do. I know that they have a number of tricks up their sleeves. I know that they use food stylists and I know many of them really over light their images.
Me?
I shop at the store or growers market that has the freshest locally grown food. I wash it. I prepare it. I place it on the plate or background in open shadow. I let the subject fall naturally unless I really have to arrange it. I might add a reflector or a single light. I shoot with a macro lens pretty much wide open because I like the very shallow depth of field and that’s it.
I finish with minimal post production, using it to clean up the picture a bit and maybe burn the corners.
Let’s see what other local treats the week brings.
One more thing. This is a Spring Onion.

I was once wandering in San Francisco’s Mission District when I stumbled upon a band playing in a back courtyard of a food store. You know, an inner city grocery store. Food store. It turned out that the band was made up of Nicaraguans, some of who were former Sandinistas, who were playing for their countrymen and assorted others. One of the others was yet another of my cousins who happens to live in the last flat that the former kidnapped heiress Patty Hearst was held in, prior to her fateful trip to Los Angeles.

But, that’s another story. I will say that she is a very good dancer. My cousin. I have no idea if Patty Hearst can dance.
I like The Mission District. It’s filled with every kind of Hispanic person. It’s blue collar. It’s working class. It’s bright and colorful. The food is inexpensive, plentiful and great. The music reminds me of being in New Orleans. It oozes out of every crack and pore. It suites me.

My Sometimes "Once in a Blue Moon" Blog